Be distinct. No matter your business size, having a distinct brand that the public can easily recognize is vital in today’s business climate. With today’s digital platforms, video is a key component of standing out and creating a meaningful relationship with your customers. Having a solid video presence gives you a stronghold when reaching out.

Our approach was recently featured in Railway Age Magazine. 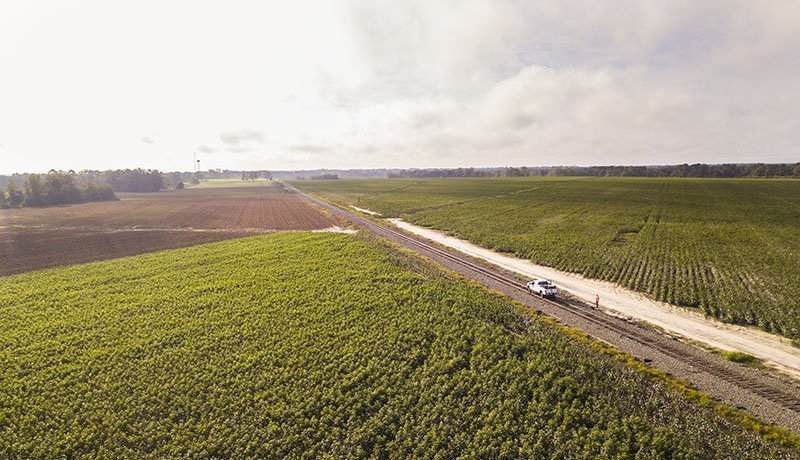 OmniTRAX, Inc. is a transportation and transportation infrastructure holding company overseeing a number of operations across the United States. One of their railroads received federal funding toward an $18M track rehabilitation project. This video was developed to recognize the significance of this partnership and showcase the final result of this investment.

Be impactful. Tired of working with folks who don’t know the difference between a train and a locomotive? Someone who knows that the conductor is not the person driving the train? Seeking a level of understanding that other companies cannot provide?

In railroading, marketing always contains some element of education. Regardless of whether you are part of a freight-centred company explaining your investment in infrastructure or public safety, a tourist railroad showcasing the beauty of your region, or a museum seeking new methods of sharing why history is relevant today, we work to showcase this through our multimedia. 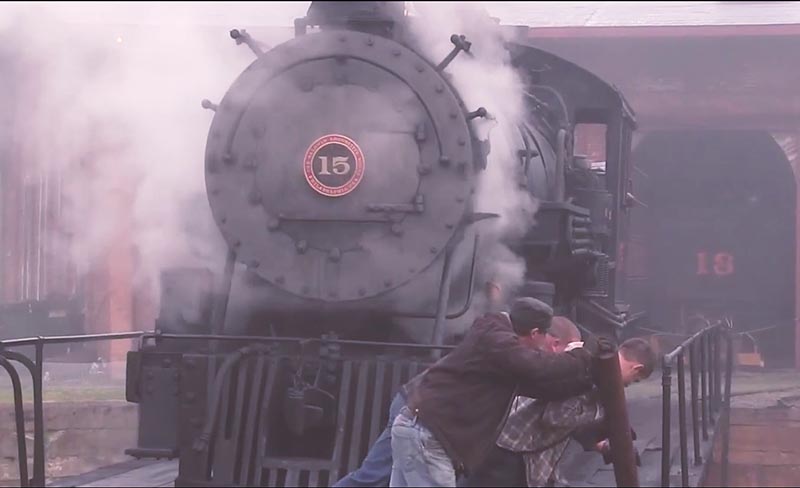 Referred to by the Smithsonian Institute as “one of the most complete early 20th century industrial sites in North America,” the East Broad Top Railroad is a historic railroad and industrial site in Central Pennsylvania. Saved from scrap in the 1960s, it ran as a tourist railroad under private ownership until 2011.

In 2020, a new nonprofit organization was formed with the mission of purchasing the railroad and putting it back into operation. Their mission was to get the public excited, and they asked Streamliner Media to create a “movie trailer” style video to announce this new era. We also assisted them by creating a fully integrated website to establish their brand of a promising future for this remarkable time capsule.

Streamliner Media has been an integral part of the restoration of the East Broad Top Railroad. A well-designed website is just as important to a tourist railroad as locomotives or rolling stock. Professional graphics and video are just as important as the train track itself.

Nick has set us up for success in every way. His ability to get creative, respond to changes quickly, and deliver high-quality products at a reasonable cost makes him a pleasure to work with.

Be relevant. Manufacturing in America is a long-celebrated aspect of our culture. Collectively, there is a sense of pride and patriotism that comes with the image of a thriving facility producing goods for our economy.

If you are in manufacturing, then you know the struggle of finding good talent to work for your company, especially younger people to replace an aging workforce. Our experience has shown that effective communication is key to making manufacturing an enticing career option. 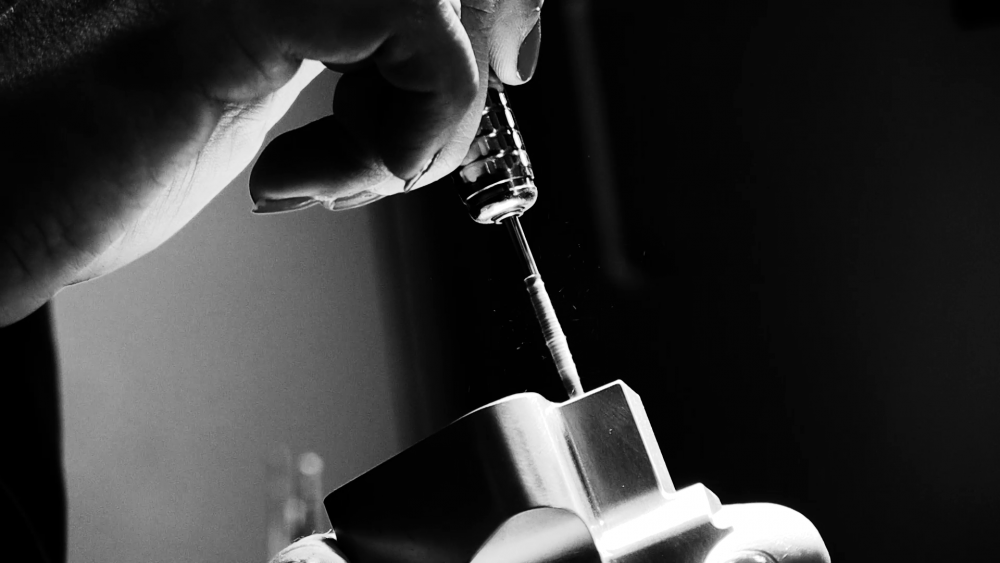 As a growing aerospace manufacturer, Acutec had a need to increase its impressive 400-person workforce by 25% in the course of a year. The company offered a training program available to anyone from 18-65, but it needed to overcome the stigma that manufacturing was a dying industry.

Streamliner Media worked closely with Acutec to help build a public image and garner community trust. Initially this involved basic brand-building, such as informational videos and creating a graphic design for their truck fleet. Several campaigns were launched to showcase different aspects of their manufacturing. As an example, “Apollo 11 and Acutec” was launched to commemorate the 50th anniversary of the first moon landing and demonstrate how far aerospace has grown since that time.

Nick is an outstanding visual storyteller. Beyond just technical excellence, he brought a creative humanity to technical subjects that resonated with audiences.  He’s an inherent perfectionist, and works very independently.  I could always rely on him to generate great content, asking the right questions and then proposing and running with concepts on time and on budget with minimal oversight.

Be creative. Whether your event is a corporate showcase, exclusive party, wedding, or charity fundraiser, you want to ensure that you share that energy with a wider audience. The event may only happen once, but your video will last forever. 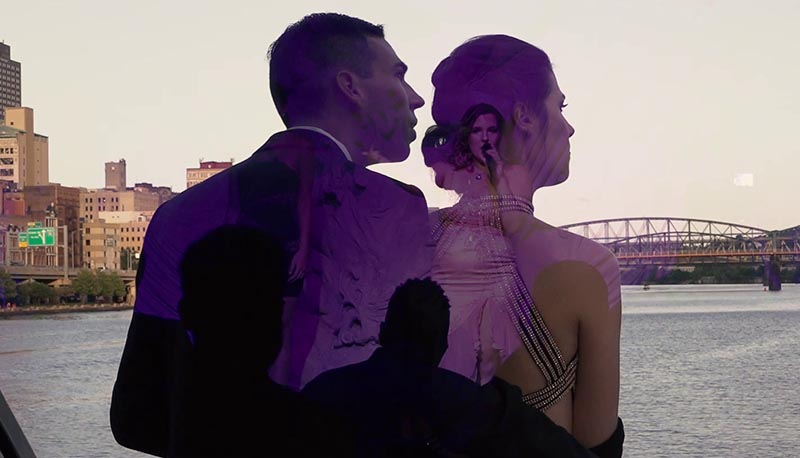 Using high-class parties featuring boat tours, models, and exotic cars is a great way to entertain people while fundraising for important causes. These parties have covered themes ranging from James Bond to the Matrix, each having extraordinary attention-to-detail lavished on each piece. Streamliner Media works with KSCP to provide guests another way of remembering how special their experience was…and encourages those who didn’t attend to buy next year’s tickets well in advance!

I’ve worked with videographers for events all over the world, and Nick is one of the very best I’ve had the pleasure of working with. We first met almost a decade ago, when he created an after-event highlight reel movie for my James Bond charity event, and I was blown away by the result! His videos have helped propel my annual Bond event from a small social circle gathering to a nationally-recognized luxury event that sells out every year. In 2020, during the height of the pandemic, he created a pre-event promo video that helped us pivot from an in-person event to a successful online experience that raised over $40k for charity. In all, Nick has worked with me on 10+ projects over the last decade, and the quality is reliably excellent. He has a fantastic eye for detail when capturing the initial footage, but his ability to transform that raw content into a compelling narrative is where he really shines. We’ve used his videos to consistently grow our audiences, forge an emotional connection with them, and ultimately sell more tickets to our events. He’s also proved to be incredibly versatile, easily adapting to any type of project, whether it’s something edgier and more risqué, or something that needs to be tailored to fit the expectations and branding constraints of more cautious sponsors. On a personal note, Nick is also a very likable guy, who clearly loves his craft, and is always a pleasure to work with.

If you’re thinking about hiring Nick, don’t hesitate. Just do it. You won’t be disappointed.